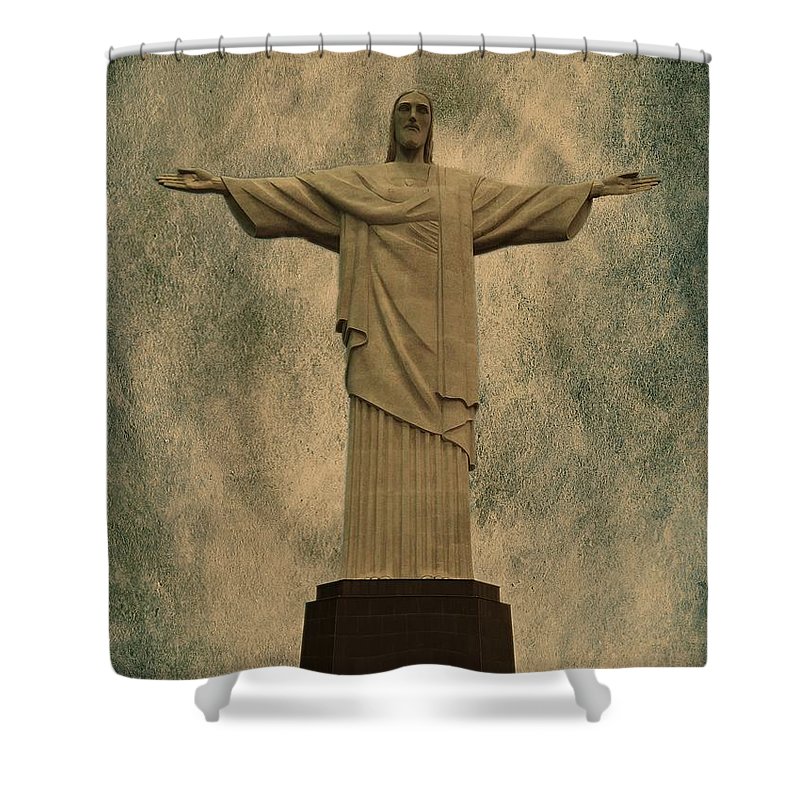 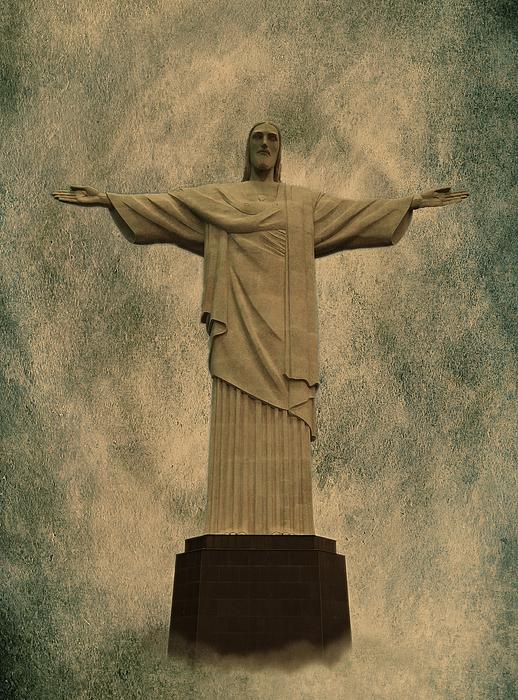 Thank you to the buyer from Boynton Beach, FL. -

Congrats on Your Sale!!!

Fantastic David! Great use of the textured background... really emphasizes this magnificent statue of Jesus! F/L

Thank you Mariola - I appreciate your great comments, like and favorite - Dave

Christ the Redeemer is a statue of Jesus Christ in Rio de Janeiro, Brazil; considered the largest Art Deco statue in the world. It is 30 metres (98 ft) tall, not including its 8 metres (26 ft) pedestal, and its arms stretch 28 metres (92 ft) wide, It weighs 635 tonnes (625 long, 700 short tons), and is located at the peak of the 700-metre (2,300 ft) Corcovado mountain in the Tijuca Forest National Park overlooking the city. A symbol of Brazilian Christianity, the statue has become an icon for Rio de Janeiro and Brazil. It is made of reinforced concrete and soapstone, and was constructed between 1922 and 1931