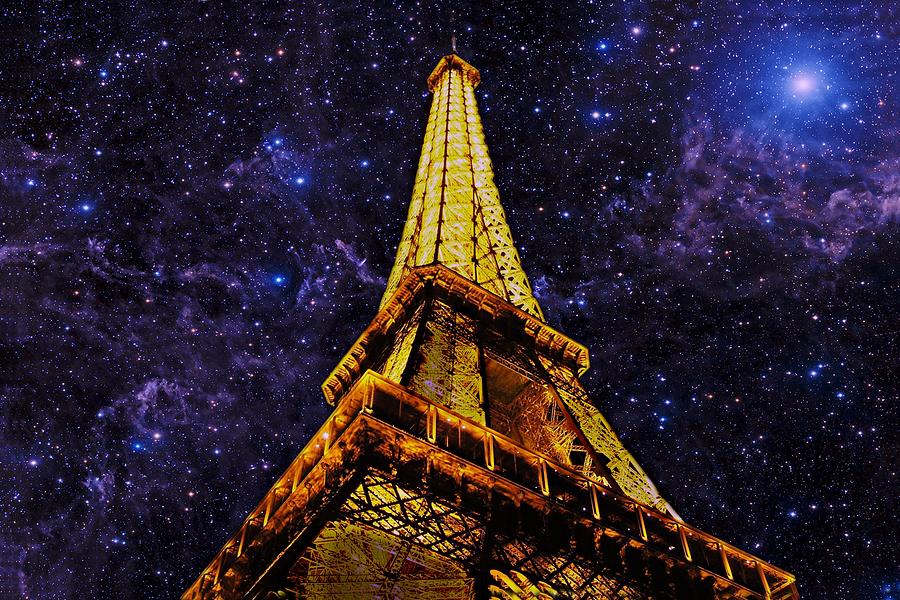 Eiffel Tower Photographic Art, The Eiffel Tower (French: La Tour Eiffel, is an iron lattice tower located on the Champ de Mars in Paris, named after the engineer Gustave Eiffel, whose company designed and built the tower. Erected in 1889 as the entrance arch to the 1889 World's Fair, it has become both a global cultural icon of France and one of the most recognizable structures in the world. The tower is the tallest structure in Paris and the most-visited paid monument in the world; 7.1 million people ascended it in 2011. The tower received its 250 millionth visitor in 2010.

Thank you Conni - So glad you like it - Dave

This is a wonderful artwork!

Thank you Lyric for your kind comments and support - Dave

By far, best I've seen of this landmark! L,F

One of your peers nominated this image in the 1000 views Groups Special Features #18 promotion discussion. Please help your fellow artists by visiting and passing on the love to another artist in the the 1000 Views Group....L/F/Tw

Congratulation.....your wonderful work has been featured in the 1000 Views on 1 Image Group ..... Please place your featured image in the Feature Archive and any other appropriate Archives l/f/p

WOW, this is really amazing work, I love it

Congratulations on your feature in "Life is What Happens"...we are pleased to promote and share this example of art as it happens or art that is inspired by daily life. We appreciate your membership in the group and the contribution you make in our lives too. fav

Thank you Alec - I appreciate your great support - Dave

Thank you Iris for your visit and great comment - Dave

Thank you Mark for your great comment and vote - Dave

Wow, this is truly stunning David! The magnificent detail of the sky contrasts beautifully with the Eiffel Tower... F/L/W

Thank you Mariola for your thoughtful comments and great support - Dave

Thank you Eddie for your great comments, like and favorite - Dave

Thank you Beverly for your great comments and vote - Dave

Thank you Zulfiya for your great comment and vote - Dave

David, this is a magical image!

Thank you Christina for your visit and kind comments - Dave

So glad you like this image Nikki - Thank you - Dave