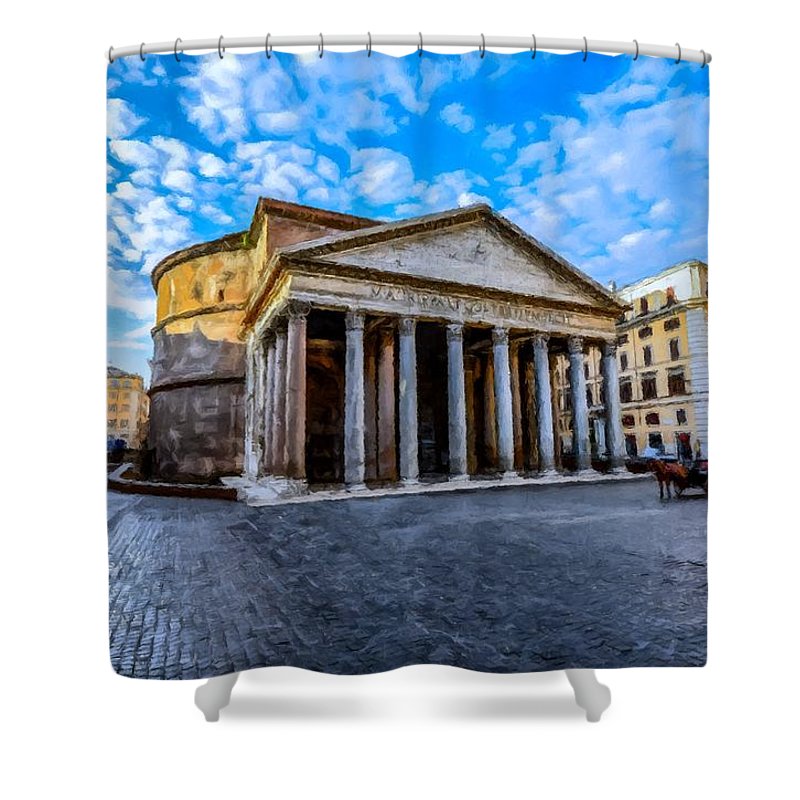 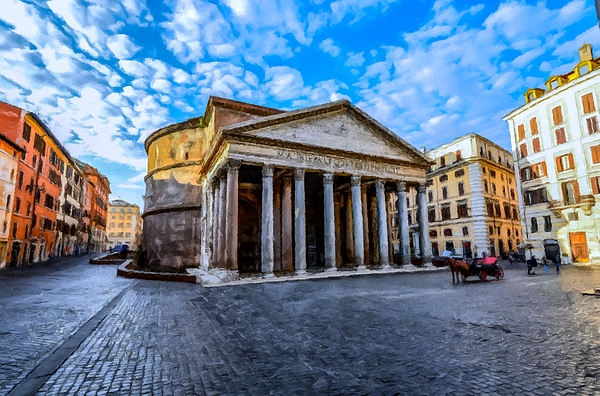 Thank you to the buyer from Mckinney, TX. -

Thank you Lena - I appreciate your great comments and support - Dave

A PhotoDigitalPainting of The Pantheon temple of every god is a former Roman temple, now a church, in Rome, Italy, on the site of an earlier temple commissioned by Marcus Agrippa during the reign of Augustus 27 BC to 14 AD. The present building was completed by the emperor Hadrian and probably dedicated about 126 AD.