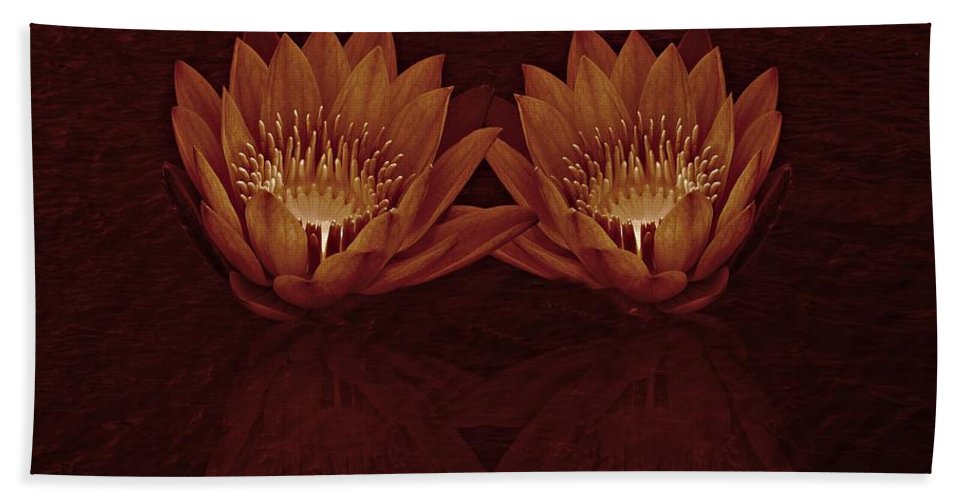 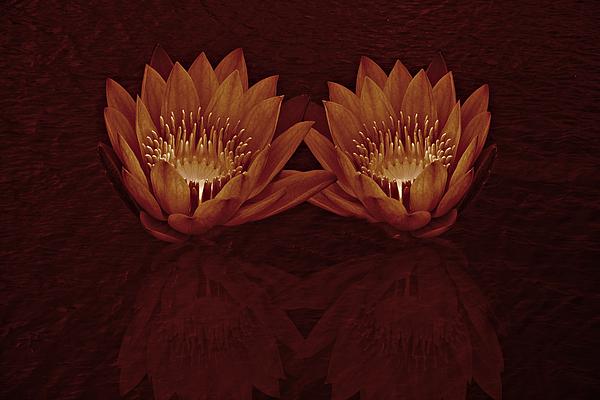 Decorate your bathroom and dry yourself off with our luxuriously soft bath towels and hand towels.   Our towels are made from brushed microfiber with a 100% cotton back for extra absorption.   The top of the towel has the image printed on it, and the back is white cotton.   Available in three different sizes: hand towel, bath towel, and bath sheet.

Thank you Charlie and Norma -

David, Fantastic water lily photo love the great details and the amazing details on the buds and the pedals nice angle shot the way you have captured the inside and outside of the pedals, beautiful lighting to the photo, fav, voted and google promoted

Thank you Donna for your great comment, vote and favorite - Dave

Thank you Annie - So glad you like this image - Dave

Thank you Alexandra - I appreciate your kind words and vote - Dave

Thank you Sylvia for your great comment and vote - Dave

Thank you Athala for your great comments and support - Dave

Thank you Amber for your kind comments and vote - Dave

Thank you Vadim - for your kind comments - Dave

You did a good job with this photograph. v

Thank you Doris for your kind words and vote - Dave

I love the darkness in this image with the light at the center of the lillies. It almost looks like the contain little tea lights lighting up the world!

Thank you Stuart for your kind comment and vote - Dave

Beautiful and creative work! Love the color and the reflection! V

Thank you Zinvolle - I appreciate your great comments and vote - Dave

Water lily (family Nymphaeaceae), any of 58 species in 6 genera of freshwater plants native to the temperate and tropical parts of the world. Most species of water lilies have rounded, variously notched, waxy-coated leaves on long stalks that contain many air spaces and float in quiet freshwater habitats. The stalks arise from thick, fleshy, creeping underwater stems that are buried in the mud. The showy, fragrant, solitary flowers are borne at or above the water surface on long stalks that are attached to the underground stems. Each cuplike flower has a spiral arrangement of its numerous petals.