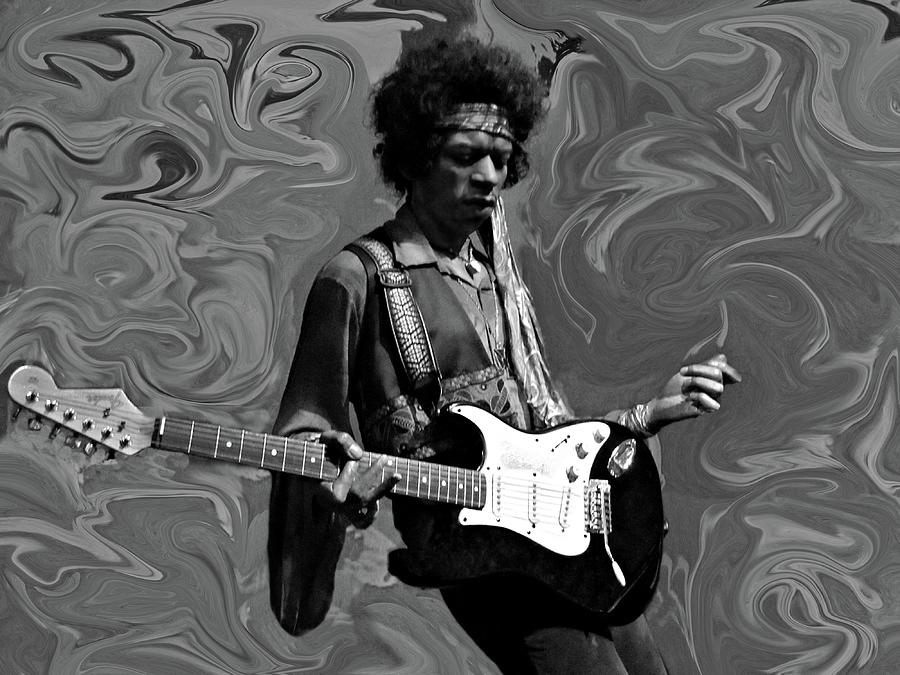 I took this photograph in New York and digitally painted the background to represent the psychedelic times of the 60’s.


Although legendary guitarist Jimi Hendrix used as variety of guitars throughout his career, his signature guitar was the Fender Stratocaster. Unlike most guitarist however, Hendrix played with the guitar upside down and restrung backwards so he could play left-handed.

James Marshall "Jimi" Hendrix (born Johnny Allen Hendrix; November 27, 1942 - September 18, 1970) was an American musician and singer-songwriter. He is widely considered to be the greatest electric guitarist in music history and one of the most influential musicians of his era despite his mainstream exposure being limited to four years.

Wow! Phenomenal image and tribute to this legend!! Wonderful work.

Thank you Sharon for your kind comments - Dave

Thank you to the buyer from Panama City Beach, FL. -

This is such an amazing piece, I love it

Thank you to the buyer from Scottsdale, AZ. -

Congratulations on your sale, David!!

Congrats on your sale!

Thank you to the buyer from Wick, Highland - United Kingdom. -

Thank you to the buyer from Independence, OH. -