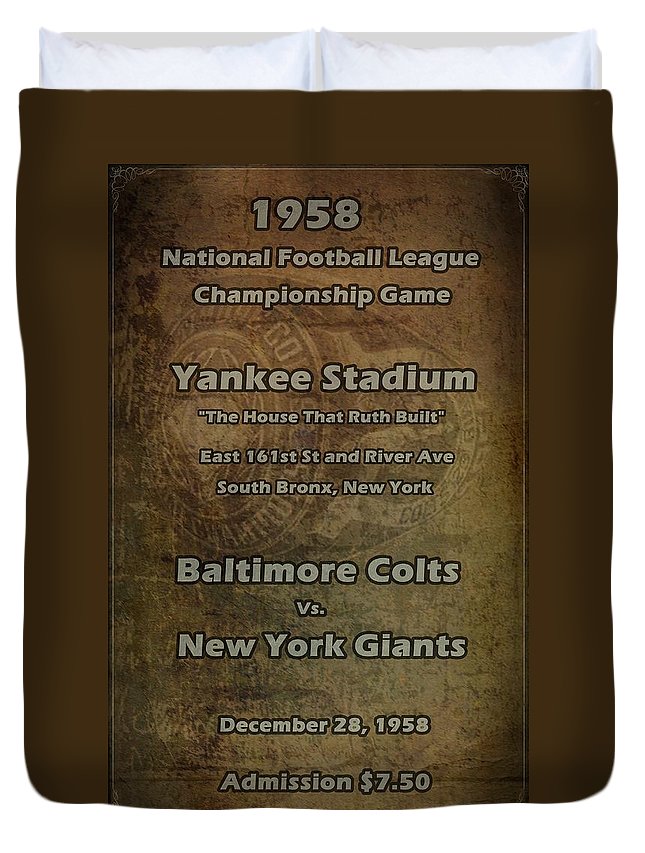 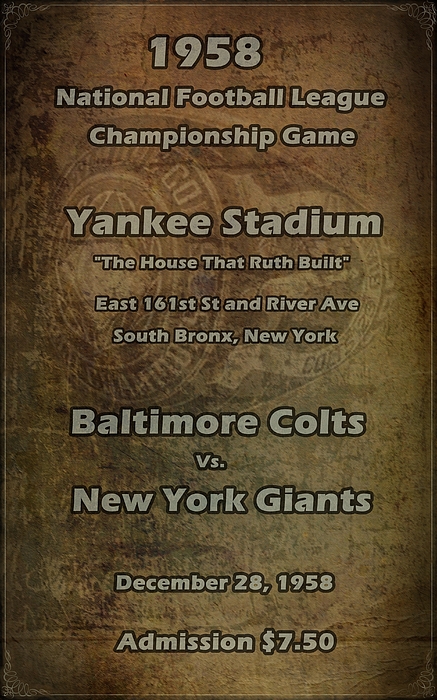 Queen duvet cover (88" x 88") featuring the image "NFL Championship Game 1958" by David Dehner. Our soft microfiber duvet covers are hand sewn and include a hidden zipper for easy washing and assembly. Your selected image is printed on the top surface with a soft white surface underneath. All duvet covers are machine washable with cold water and a mild detergent.

The 1958 National Football League Championship Game was played on December 28, 1958 at Yankee Stadium in New York City. It was the first National... more

The 1958 National Football League Championship Game was played on December 28, 1958 at Yankee Stadium in New York City. It was the first National Football League (NFL) playoff game to go into sudden death overtime. The final score was Baltimore 23, New York 17. The game has since become widely known as "The Greatest Game Ever Played". The game was the 26th annual NFL championship game. The game marked the beginning of the NFL's popularity surge, and eventual rise to the top of the United States sports market. A major reason was that the game was televised across the nation by NBC. Baltimore receiver Raymond Berry recorded 12 receptions for 178 yards and a touchdown. His 12 receptions are a championship record that stands to this day. Digital poster / sign