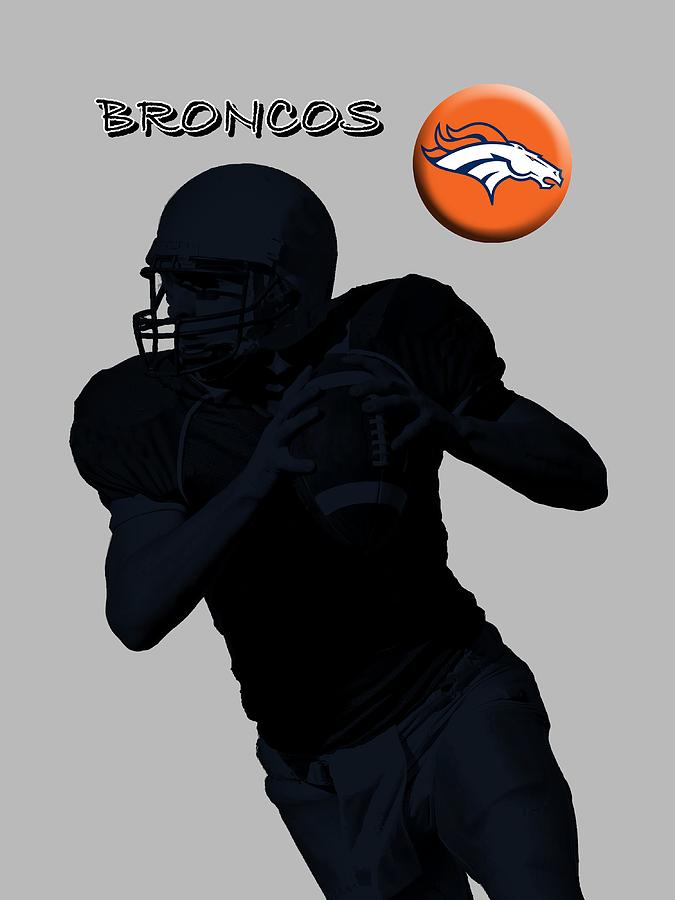 The Broncos began play in 1960 as a charter member of the American Football League and joined the NFL as part of the AFL- NFL merger of 1970.
The Broncos were barely competitive during their 10-year run in the AFL and their first seven years in the NFL, never making the playoffs. They did not have a winning season until 1973. Four years later, in 1977, they made the playoffs for the first time in franchise history and advanced to Super Bowl XII. Since then, the Broncos have become one of the NFL's more successful teams, having suffered only six losing seasons in 35 years. They have won seven AFC Championships and two Super Bowls. They play at Sports Authority Field at Mile High and have four players in the Pro Football Hall of Fame: John Elway, Floyd Little, Gary Zimmerman, and Shannon Sharpe.

FEATURED ART on A Touch of Colour :-)

Thank you Abbie for your great support - Dave

Thank you Pamela for your visit and great comment - Dave

Wonderful processing and technique, David! I want to thank you for your artwork shown here and for your great effort in promoting us through your ABC Group! I hope everything is ok! Your art is great! My best regards from Romania!